This is my first published novel and it has been described as ‘a beautifully written psychological drama’.

Here is an introduction to the story: 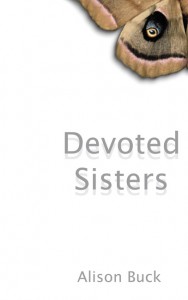 Elderly sisters Lizzie and May live quiet, ordered lives in the house in which they were born; their self-imposed seclusion and the unchanging predictability of their lives shielding them from the changing world beyond.

But the day comes when their protective isolation is broken; the world outside forces its way in. A stranger appears, unsettling them, bringing with him the threat of danger, upheaval and violence.

Fearful and alone, with all semblance of comforting routine wrenched away from them, Lizzie and May are driven to desperation. Dark memories emerge from their buried past as the sisters gradually slip from reason into their own confused realities, within which their former carefully regulated world seems only a distant memory.